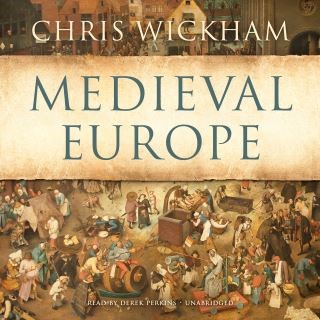 A spirited and thought-provoking history of the vast changes that transformed Europe during the 1,000-year span of the Middle Ages

The millennium between the breakup of the western Roman Empire and the Reformation was a long and hugely transformative period—one not easily chronicled within the scope of a few hundred pages. Yet distinguished historian Chris Wickham has taken up the challenge in this landmark book, and he succeeds in producing the most riveting account of medieval Europe in a generation.

Tracking the entire sweep of the Middle Ages across Europe, Wickham focuses on important changes century by century, including such pivotal crises and moments as the fall of the western Roman Empire, Charlemagne’s reforms, the feudal revolution, the challenge of heresy, the destruction of the Byzantine Empire, the rebuilding of late medieval states, and the appalling devastation of the Black Death. He provides illuminating vignettes that underscore how shifting social, economic, and political circumstances affected individual lives and international events. Wickham offers both a new conception of Europe’s medieval period and a provocative revision of exactly how and why the Middle Ages matter.

Chris Wickham is Chichele Professor of Medieval History, University of Oxford. His many books include the bestselling The Inheritance of Rome: A History of Rome from 400 to 1000. He lives in Birmingham, UK.

Derek Perkins is a professional narrator and voice actor. He has narrated numerous titles across a wide range of genres, including fantasy, science fiction, mystery, comedy, history, and nonfiction. He has earned ten AudioFile Earphones Awards and was a finalist for the 2015 Audie Award for Best Nonfiction Narration.