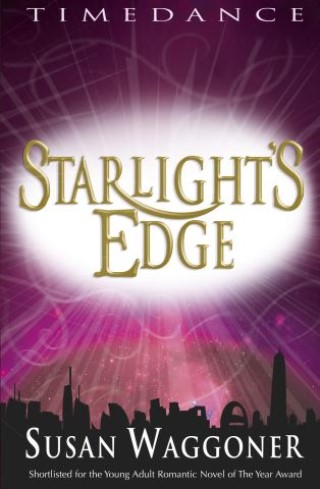 Zee gives up her entire world to follow David into the distant future, confident that their desire to be together will overcome all obstacles. But is love enough?
Beneath it's lustrous surface and dazzling technology, New Earth is full of dangers and challenges - including David's wealthy and powerful family, whose plans for David's life don't include someone like Zee.
As she struggles to find her place in this new world, Zee discovers a dark threat determined to pull it apart - forcing her and David to not only fight for their love, but also their lives.

The gripping sequel to NEPTUNE'S TEARS.

Susan Waggoner: Susan Waggoner was born in Iowa, grew up in the Minneapolis suburbs, and received degrees from the University of Iowa. Although she often dreams of Minnesota, writing BETTER THAN CHOCOLATE has cured her of longing for a large home on the edge of a lake. She would, however, enjoy an extra bedroom in Manhattan. Her YA novel, NEPTUNE'S TEARS, was shortlisted for the RONA Young Adult Award 2013. She now lives and writes in New York City.