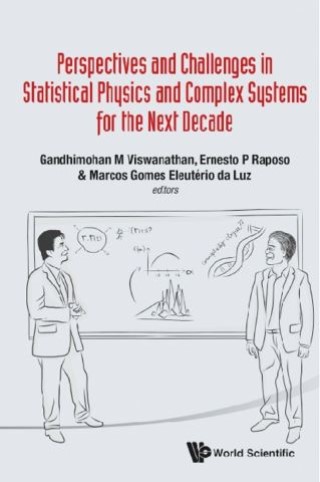 Statistical Physics (SP) has followed an unusual evolutionary path in science. Originally aiming to provide a fundamental basis for another important branch of Physics, namely Thermodynamics, SP gradually became an independent field of research in its own right. But despite more than a century of steady progress, there are still plenty of challenges and open questions in the SP realm.In fact, the area is still rapidly evolving, in contrast to other branches of science, which already have well defined scopes and borderlines of applicability. This difference is due to the steadily expanding number of applications, as well as ongoing improvements and revisions of concepts and methods in SP. Such particular aspects of SP lend further significance and timeliness to this book about perspectives and trends within the field.Here, the aim is to present the state-of-the-art vision of expert researchers who study SP and Complex Systems. Although a comprehensive treatment is well beyond what can be treated in a single volume, the book provides a snapshot of the field today, as well as a glimpse of where the field may be heading during the next decade.The book is aimed at graduate and advanced undergraduate physics students, as well as researchers who work with SP, Complex Systems, Computational Physics, Biological Physics and related topics. It addresses questions such as: What insights can be gained from recent advances in the study of traditional problems in SP? How can SP help us understand problems that arise in the biological sciences and in the study of complex systems? How can new problems be formulated using the ‘language’ of SP? In this way, it attempts to document partial progress in answering these and related questions.The book also commemorates the occasion of the 70th anniversary in 2011 of two important physicists and friends who dedicated their lives to the understanding of nature in general and to the development of Statistical Physics and the science of Complexity in particular: Liacir Lucena and H Eugene Stanley.