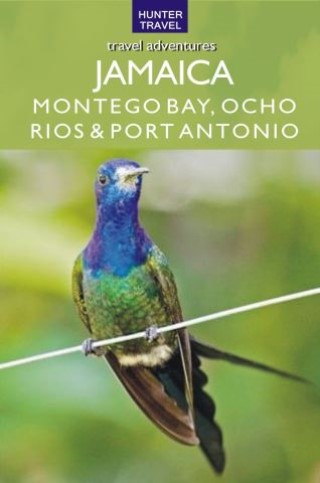 We were enjoying a Jamaican meal at Verney's Tropical Resort, a small inn perched in the hills over Montego Bay. This was a true Jamaican feast - not a watered-down tourist version - served with real Jamaican hospitality. It's that opportunity to meet local residents, taste island dishes and retreat from the typical resort experience that brings travelers to the small inns, many in Montego Bay. While this bayside city is home to some of the Caribbean's most lavish resorts, places where you can lose yourself in all-inclusive luxury and around-the-clock activities, you'll also find plenty of opportunities to meet local people and learn more about the local culture in this thriving city. Montego Bay is more than just a tourist hub, however; it's also a real city with a long-standing history. Columbus visited in May 1494 and named Montego Bay "El Golfo de Buen Tiempo," or Bay of Good Weather. In 1510 the Spanish started to settle here. Using the bay as a shipping point for hogs, they began to call this site "Bahia de Mantega," a name derived from the Spanish word for lard, which was one of the top products. In 1655 the British occupied Jamaica and the parish of St. James was founded soon after. Montego Bay became the capital of the parish and for many years was a tax-free haven. Surrounded by sugarcane plantations, the area became the home of many wealthy English planters. If you know just one Jamaica destination, it is probably Montego Bay, often just Mo Bay. Located on the north coast, this is the capital of the tourism industry and the second-largest community outside of Kingston. For most travelers, this is the starting point - thanks to the Donald Sangster International Airport - as well as the island's busiest cruise pier. Ocho Rios is the garden center of Jamaica and its lushest area is Dunn's River Falls. This spectacular waterfall, the top attraction, is a series of falls that cascade from the mountains to the sea. Here, you don't just view the falls, but actually climb up them. Led by a sure-footed Jamaican guide (who wears everyone's cameras slung around his neck), groups work their way up the falls hand-in-hand like a human daisy chain. West of Ocho Rios in the town of Oracabessa, 007 fans can visit the James Bond Beach. Located near Ian Fleming's former home, Goldeneye, the beach has plenty of options for a day of activity: Wave Runners, helicopter tours and horseback rides, as well as a beach bar and grill. The town of Ocho Rios, often known by the nickname Ochi, sits on the north coast. The main road, called the North Coast Highway or A3 along this stretch, slices through the city, following the coastline. (Dunn's River Falls is on the western side of town.) This entire stretch of road is lined with stony bluffs. Between the hills and the sea there is just enough room for a road and a strip of beach. As you approach the city from the western end, driving from Montego Bay, you'll first see the cruise ship terminal. From here, you'll be moving into the town itself. The North Coast Highway becomes DaCosta Drive; off that and parallel runs Main Street, where many of the shops and the crafts market are located. The main road continues east through town toward the large resorts, most of which lie east of the city. This travel guide walks with the adventurous traveler to the heart of Jamaica, to the miles of sand beaches, to the rugged Blue Mountains, to the country villages that provide a peek at the real Jamaica. The authors focus on the adventures this popular Caribbean island has to offer: scuba diving along coral reefs, biking mountain trails, deep sea fishing, parasailing, windsurfing, horseback riding, and other adventures that range from mild to wild. Special sections include a look at Jamaica's Meet the People program, home visits, local nightspots, festivals, and more. Maps and photos enliven the down-to-earth text.