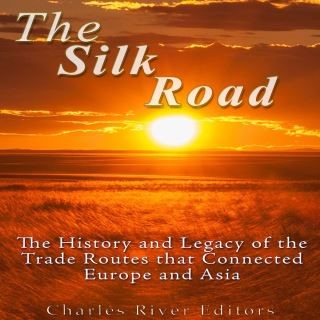 The story of the Silk Road has been a popular topic amongst tourists, academics, economists, state parties, and daydreaming children for many centuries. In many ways the Silk Road can be seen everywhere, and it has existed for as long as people have traveled across Eurasia. Its impact is widely felt among the diverse peoples that live on the continent, through the unique regional art and architectural styles, as well as in countless films, books, academic studies, and organized tours devoted to the ancient trade routes.

At the same time, however, the Silk Road is an entirely abstract invention, first coined by the 19th century German geographer Ferdinand von Richthofen. There has never existed a single route – let alone a road – that was used to transfer goods, nor was silk the primary commodity traded across Eurasia. Instead, the Silk Road is more a multi-layered narrative about the rise and fall of nomadic confederations and sedentary societies, the consolidation and dissolution of kingdoms and empires, the exchange of commodities and fine crafts, and the transfer and mixture of ideas, religions, technology, science, art, architecture, myths and legends. It is a story that is relevant for the present-day countries through which this exchange once took place, as they lay claim to the artifacts, heritage sites, and symbolic meaning of the Silk Road for political and economic purposes and to build their national identity.

For these reasons, the Silk Road can be viewed not as a clearly demarcated thing with a linear history, but a set of attitudes and relationships with the past by particular people at a particular time for particular reasons. Certain parts of the Silk Road’s past are better studied and known, according to modern society’s current principles of value and knowledge, but there is so much that remains to be discovered, either buried in the sands of the Taklimakan, in a dusty museum warehouse, or hidden in a long-forgotten archive. Regardless, no matter how much new information is discovered, the Silk Road still manages manage to conjure up romantic images of legendary figures, great networks of trade routes, and the human spirit of exploration into the unknown.

The Silk Road: The History and Legacy of the Trade Routes that Connected Europe and Asia examines the crucial trade links between the East and West, and the important cultural effects it had over the centuries.