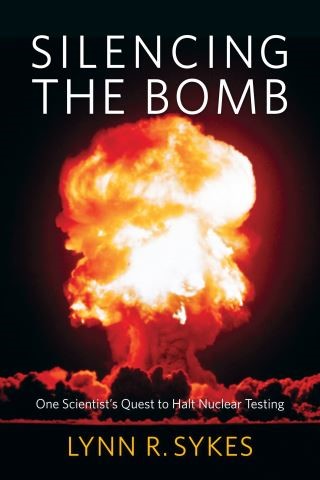 In December 2016, the Bulletin of Atomic Scientists moved their iconic “Doomsday Clock” thirty seconds forward to two and a half minutes to midnight, the latest it has been set since 1952, the year of the first United States hydrogen bomb test. But a group of scientists—geologists, engineers, and physicists—has been fighting to turn back the clock. Since the dawn of the Cold War, they have advocated a halt to nuclear testing, their work culminating in the Comprehensive Test Ban Treaty, which still awaits ratification from China, Iran, North Korea—and the United States. The backbone of the treaty is every nation’s ability to independently monitor the nuclear activity of the others. The noted seismologist Lynn R. Sykes, one of the central figures in the development of the science and technology used in monitoring, has dedicated his career to halting nuclear testing. In Silencing the Bomb, he tells the inside story behind scientists’ quest for disarmament.

Called upon time and again to testify before Congress and to inform the public, Sykes and his colleagues were, for much of the Cold War, among the only people on earth able to say with certainty when and where a bomb was tested and how large it was. Methods of measuring earthquakes, researchers realized, could also detect underground nuclear explosions. When politicians on both sides of the Iron Curtain attempted to sidestep disarmament or test ban treaties, Sykes was able to deploy the nascent science of plate tectonics to reveal the truth. Seismologists’ discoveries helped bring about treaties limiting nuclear testing, but it was their activism that played a key role in the effort for peace. Full of intrigue, international politics, and hard science used for the global good, Silencing the Bomb is a timely and necessary chronicle of one scientist’s efforts to keep the clock from striking midnight.