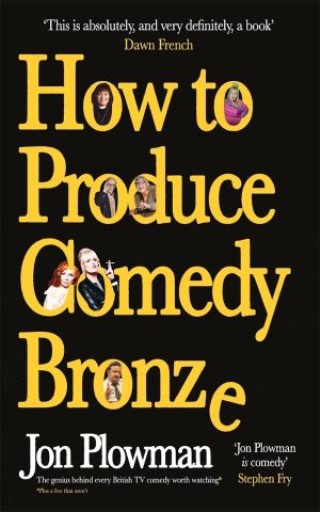 How to Produce Comedy Bronze

In HOW TO PRODUCE COMEDY BRONZE, legendary TV producer Jon Plowman lifts the hood on the comedy industry so you can peer inside and wonder how any of it ever got made in the first place. In a career spanning 30 years Jon has learned (almost) everything there is to know about comedy and now wants to share his wealth of knowledge, before he becomes completely demented and forgets how to do it. Working with Fry and Laurie, travelling with the cast of Absolutely Fabulous, saying 'yes' to The Office - together these stories combine to tell the uncensored story of how TV comedy works, from the first germ of an idea to the after-party at the Emmys - all through a life in comedy. Read this book and if you're not careful learn how to make the world laugh at your ideas too!

Jon Plowman: Jon Plowman is the man behind every British comedy worth watching in the last 30 years (plus a few that weren't worth watching, too). From Absolutely Fabulous to The Office; Little Britain to the League of Gentlemen; French and Saunders to Fry and Laurie; Inside No. 9 to... look, just go on IMDB - he made everything and won awards for most of them.