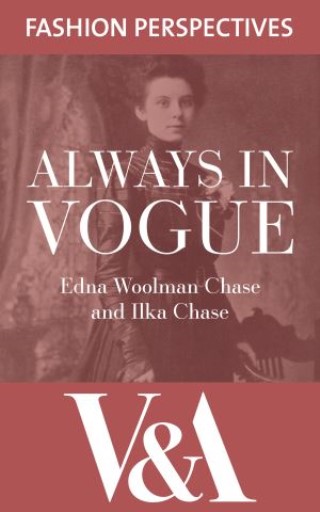 Vogue was a newly formed weekly society magazine when Edna Woolman Chase arrived on its staff in 1895 at the young age of 18. Alongside its second owner, Condé Nast, she went on to remodel it into the institution we know today. Just a few days before he died, Condé wrote to Edna to express his deepest gratitude for her role in the creation of Vogue: ‘… without you I could never have built Vogue. We have built this great property together.’ Chase started work in the circulation office and the magazine quickly became her life, as it would be until her death in 1957: ‘I absorbed Vogue and Vogue absorbed me’. By the late 1920s she was the editor-in-chief of all Vogue editions and controlled virtually every aspect of the magazine. For a good part of the twentieth century she was undoubtedly the arbiter of fashion and good taste. Many stellar names spent the early years of their careers under the Chase umbrella, including the photographers Edward Steichen and Irving Penn and the writer Dorothy Parker and much of what is today taken for granted in fashion reporting and magazine editing was pioneered by Chase. Through her inventiveness and enduring practicality, Chase helped steer both the magazine and the American fashion industry through the very difficult years of two world wars: during the First World War she conceptualized and organized the first ever American fashion show. On retiring as editor-in-chief in 1952, aged 75, she became chairman of the editorial board and began work on her autobiography, Always in Vogue, which she co-wrote with her actress daughter Ilka Chase.