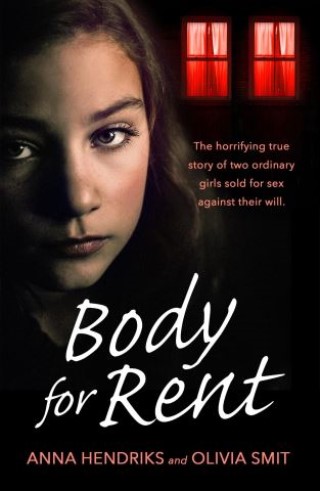 Growing up in a quiet, middle-class suburb outside of Amsterdam, childhood best friends Anna and Olivia had their whole lives ahead of them. But every parent's worst nightmare came true when the teenagers fell in with the wrong crowd. Eleven years their senior, Ricardo was charming and good-looking - and Anna and Olivia easy prey. Blind to his grooming, the girls were soon trapped in a terrifying cycle of sexual and physical abuse.

But their nightmare was only just beginning.

Trafficked to the neon-lit windows of Amsterdam's Red Light District, Anna and Olivia were forced to work as prostitutes, servicing countless men night after night against their will.

Body for Rent reveals the disturbing truth behind Amsterdam's Red Light District, and the shocking ease with which ordinary girls can be exploited. But despite the unimaginable horrors they endured, the damage done to their bodies and their minds, their friendship remained as strong as ever, giving them hope that one day, they would escape...