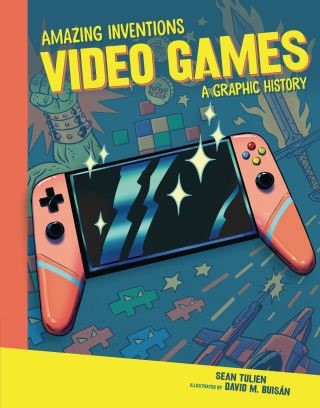 Video games evolved over decades from simple consoles to cutting-edge entertainment in homes and arcades. In the twenty-first century, they've also become some of the world's most popular apps. Find out more about the technological innovations, major players, and controversies that have made video-game history. And from the role of game cartridges to the power of the internet, learn how new inventions keep taking gaming to the next level.

Sean Tulien: Sean Tulien is a writer and editor from Minneapolis, Minnesota. He loves writing about playful characters, underdogs, and nerd culture—and has a soft spot for animals of all kinds. When he's not writing comics for kids, Sean enjoys reading, hiking, lifting heavy things, spoiling his rescue rabbit, and beating ultra-difficult video games.