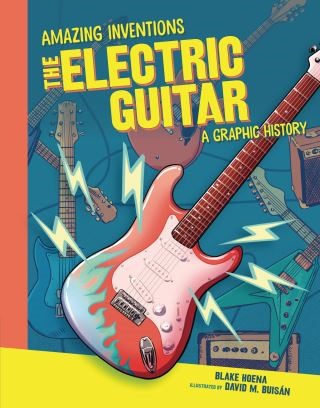 For decades, the blasts and howls of the electric guitar have been some of the defining sounds of popular music. But more than a century of effort and innovation had to happen before this instrument went electric. Learn about the master craftspeople who created the guitar as we know it, the inventors who figured out how to send guitar notes through amplifiers and give the guitar a bigger sound, and the musicians whose legendary playing put it at the center of rock 'n' roll.

Blake Hoena: Blake Hoena has written more than one hundred books for children, including an original graphic novel series, Eek & Ack, and graphic novel retellings of The Legend of Sleepy Hollow and Peter Pan. Blake lives in Saint Paul, Minnesota, with his wife, two dogs, two cats, and hundreds of comics.