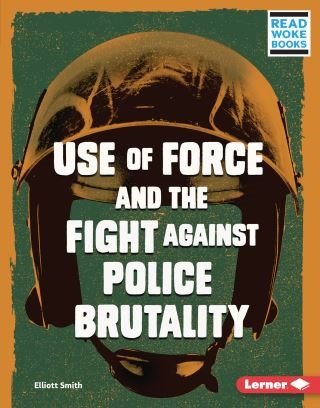 Use of Force and the Fight against Police Brutality

In the spring and summer of 2020, several high-profile cases put a renewed spotlight on law enforcement's use of force in the United States, especially against Black people. Activist groups such as Black Lives Matter demanded accountability for police and justice for victims of police violence. Read about the history of police brutality in the US, the role of technology in police accountability, and community movements calling for changes to police training, equipment, and funding.

Read Woke™ Books are created in partnership with Cicely Lewis, the Read Woke librarian. Inspired by a belief that knowledge is power, Read Woke Books seek to amplify the voices of people of the global majority (people who are of African, Arab, Asian, and Latin American descent and identify as not white), provide information about groups that have been disenfranchised, share perspectives of people who have been underrepresented or oppressed, challenge social norms and disrupt the status quo, and encourage readers to take action in their community.