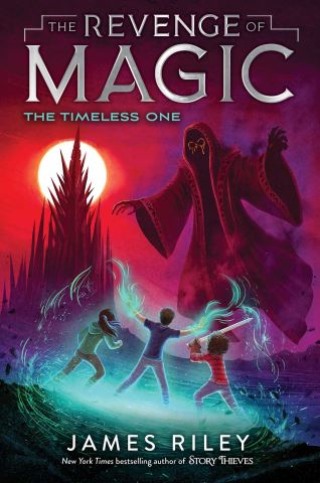 Fort becomes entangled with legendary creatures and foes in this thrilling fourth novel in the fantastical series from the author of the New York Times bestselling Story Thieves!

The future has been saved, but at a cost: Fort Fitzgerald has been expelled from the Oppenheimer School, and some of Fort’s friends have been lost in time. But time is the one thing Fort, Rachel, and Jia don’t have, as they’ll soon be facing one of the eternal Old Ones, the Timeless One, for the fate of the world.

How can Fort and his friends defeat a creature like that? And what does this all have to do with the real-life Merlin, from King Arthur’s days?

James Riley: James Riley lives in Virginia. He is the New York Times bestselling author of the Half Upon a Time, Story Thieves, and Revenge of Magic series.