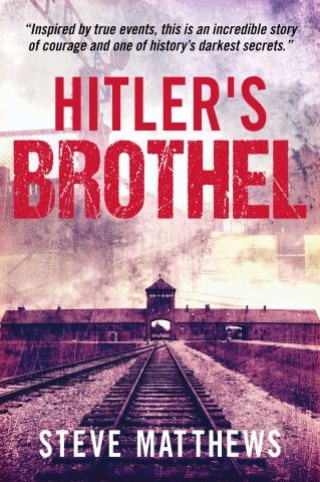 Two sisters are brutally separated by war in tragic circumstances. Ania is imprisoned and forced to endure the atrocities of a Nazi concentration camp. Danuta’s search for her sister leads her into the dangers of the Polish Underground. Each will do what they must to survive long enough to find each other. Their dream of being reunited is crushed in shocking circumstances.In an astonishing twist of fate, the opportunity for revenge presents itself 60 years later. But faced with the ultimate decision what will be the outcome ... seek justice or revenge?

Spanning decades, Hitler’s Brothel is a tragic and gripping tale of deception, courage and survival.

Steve Matthews:
Steve Matthews’ work in children’s literacy in Australia and abroad has been widely recognised and acknowledged, and his acclaimed children’s books are sold in Australia, Canada, the UK and the USA. After selling his business interests, Steve has now fulfilled a life-long ambition to write full time. Hitler’s Brothel is his second novel for adults. While the story and characters are fictional, it is the amalgam of many true events and the culmination of extensive research including two visits to Poland.