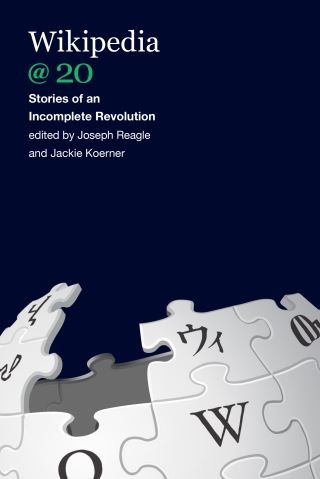 Stories of an Incomplete Revolution

Wikipedia's first twenty years: how what began as an experiment in collaboration became the world's most popular reference work.

We have been looking things up in Wikipedia for twenty years. What began almost by accident--a wiki attached to an nascent online encyclopedia--has become the world's most popular reference work. Regarded at first as the scholarly equivalent of a Big Mac, Wikipedia is now known for its reliable sourcing and as a bastion of (mostly) reasoned interaction. How has Wikipedia, built on a model of radical collaboration, remained true to its original mission of "free access to the sum of all human knowledge" when other tech phenomena have devolved into advertising platforms? In this book, scholars, activists, and volunteers reflect on Wikipedia's first twenty years, revealing connections across disciplines and borders, languages and data, the professional and personal.