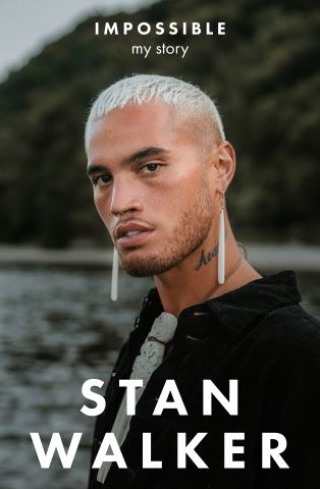 A startling and important memoir about family and forgiveness, love and redemption

For the first time, Stan Walker speaks with startling honesty about abuse and addiction, hardship and excess, cancer and discrimination, and growing up in a family where love and violence were horribly entwined.

From one of the finest singers to emerge from Australia and New Zealand Aotearoa in a generation, Impossible is a story of redemption and the power of forgiveness. It's also a story about courage and hope; about a young Maori boy finding his place and purpose, never forgetting who he is and where he came from.

As a chronicle of Walker's life, it is gripping, but where the book achieves greatness - and I mean real, true greatness - is as a totem to humanity's capacity for kindness. It's an insight into the soul of a man whose capacity for forgiveness seems boundless.

'This is a can't-put-down read, direct and proud and inspirational, an honest document of life in New Zealand on the wrong side of the tracks...'

'A remarkable, improbable tale of a young Maori man (Tuhoe and Ngati Tuwharetoa) rising to greatness and finding his purpose after surviving horrific childhood abuse and countless other tragic situations.'

'Stan Walker astonished me with his masterfully structured memoir of abuse and forgiveness.'

Stan Walker is a trans-Tasman musician, performing artist and actor. He was born in Melbourne and grew up between Tauranga, New Zealand, and Ocean Shores, New South Wales. Walker was the winner of the seventh and final season of Australian Idol in 2009, and was a judge on the first and second season of The X Factor NZ, in 2013 and 2015. Over the past decade Walker has become one of Aotearoa's most respected figures, and continues to devote much of his life to his family, his people, and to maoritanga.

Stan has earned eight gold and five platinum singles as well as one double platinum and one triple platinum single in New Zealand. Along the way, Walker has received eight New Zealand Music Awards and five ARIA Music Award nominations. He's won the Waiata Maori Award for Radio Airplay Record of the Year five times, in 2010, 2011 and then three consecutive years in a row from 2013 to 2015.