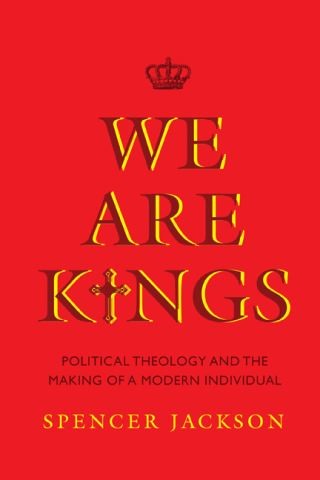 Political Theology and the Making of a Modern Individual

When British and American leaders today talk of the nation—whether it is Boris Johnson, Barack Obama, or Donald Trump—they do so, in part, in terms established by eighteenth-century British literature. The city on a hill and the sovereign individual are tropes at the center of modern Anglo-American political thought, and the literature that accompanied Britain’s rise to imperial prominence played a key role in creating them.

We Are Kings is the first book to interpret eighteenth-century British literature from the perspective of political theology. Spencer Jackson returns here to a body of literature long associated with modernity’s origins without assuming that modernity entails a separation of the religious from the profane. The result is a study that casts this literature in a surprisingly new light. From the patriot to the marriage plot, the narratives and characters of eighteenth-century British literature are the products of the politicization of religion, Jackson argues; the real story of this literature is neither secularization nor the survival of orthodox Judeo-Christianity but rather the expansion of a movement beginning in the High Middle Ages to transfer the transcendent authority of the Catholic Church to the English political sphere. The novel and the modern individual, then, are in a sense both secular and religious at once—products of a modern political faith that has authorized Anglo-American exceptionalism from the eighteenth century to the present.

Spencer Jackson is a labor organizer with the American Federation of Teachers (AFT) and an independent scholar.