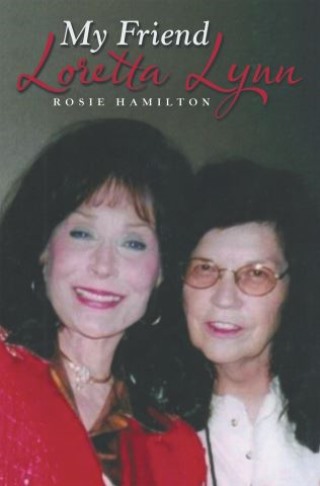 Rosie Hamilton doesn’t like being the center of attention, but after talking to country music star Loretta Lynn about all the fun they’ve had over the years, she knew she had to share the good times.

Hamilton met Loretta at a 1975 concert in Phoenix with her thirteen-year-old son in tow. She was in awe of Loretta, who was so beautiful, so down to earth, and so country.

In a surprise move, Loretta pulled the author on stage at that concert, and the two became fast friends. They enjoyed many adventures over the years—traveling, shopping, and getting into trouble.

Sometimes, between the afternoon and evening shows, Loretta needed to unwind, so Hamilton would take her to the mall, standing at the entrance of shops to prevent her from being pestered by fans.

If you’re a fan of Loretta Lynn and country music, you’ll love this inviting and engaging memoir featuring the star and her biggest fan.

Rosie Hamilton has been friends with the legendary country music star, Loretta Lynn, for more than forty-five years. She worked at Loretta’s Boutique in Hurricane Mills, Tennessee, for twenty-five years. She is now retired and wrote this book after many requests from family and friends.