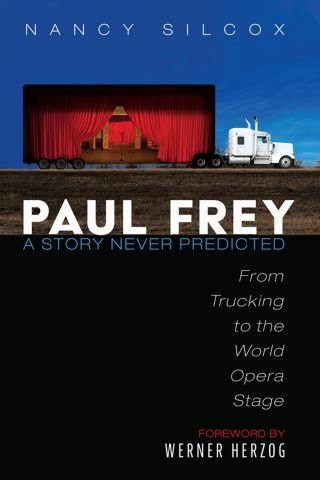 From Trucking to the World Opera Stage

A more unlikely world opera star than Paul Frey could not be found. Born into a conservative order Mennonite farming family in rural Ontario, Canada in 1941, he was a high school dropout. His first career was as a truck driver, transporting livestock to market. But he was a young man with a powerful and true tenor voice, and a desire to sing opera. Entering opera school unable to read musical notes or count beats, Frey was offered primarily chorus roles during training and after graduation. Frustrated, he moved to Switzerland in 1977, signing a contract with the Theater Basel as house tenor. In 1987, Frey came to the attention of Wolfgang Wagner of the famed Bayreuth Opera House in Bayreuth, Germany. He was chosen to star in Bayreuth's Werner-Herzog-directed production of Richard Wagner's Lohengrin. At Bayreuth, Frey became a star and the world sat up and took notice. Offered lead roles from opera houses across the globe, Paul Frey was compared to the greatest of tenors, including Canadian Jon Vickers. Retiring in 2005, Paul Frey lives today in "Mennonite Country," where he was born and raised.

Nancy Silcox: Nancy Silcox is an award-winning writer, has twenty years' experience as a high school teacher, and concluded her career as a counsellor in the Special Needs Department at Wilfrid Laurier University. She holds a Master of Arts degree in English Literature from the University of Waterloo, and wrote an education column for the Kitchener-Waterloo Record for eight years. After her retirement in 2005, Silcox moved into full-time freelance writing as a columnist for Waterloo Region Record and a magazine features writer for Grand Magazine, Arabella Design Magazine, Canada's History, and Canadian Antiques and Vintage Magazine. Since then she has written a dozen books, with an area of specialty in personal biography, historical biography, and art. She has received two Queen's Jubilee medals and a Canada 150 medal for excellence in writing.