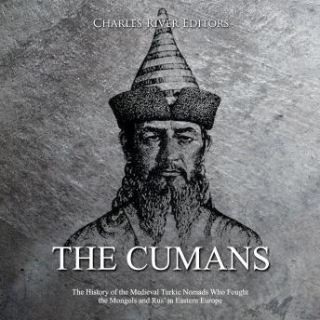 Cumans, The: The History of the Medieval Turkic Nomads Who Fought the Mongols and Rus’ in Eastern Europe

“Let us begin this narration, brethren,

from the old times of Vladimir to this present time of Igor,

who strengthened his mind with courage,

who quickened his heart with valor

and, thus imbued with martial spirit,

against the Kuman land

in defense of the Russian land.” – The Tale of Igor’s Campaign

Before the Mongols rode across the steppes of Asia and Eastern Europe, the Cumans were a major military and cultural force that monarchs from China to Hungary and from Russia to the Byzantine Empire faced, often losing armies and cities in the process. The Cumans were a tribe of Turkic nomads who rode the steppes looking for plunder and riches, but they rarely stayed long after they got what they wanted.

From the late 9th century until the arrival of the Mongols in 1223, there was virtually nothing that could be done to stop the Cumans. Old Russian chronicles, Byzantine texts, Western European chronicles, and travel diaries of Islamic scholars all reveal that the Cumans were a threat to any kingdom in their path. Some kingdoms chose to fight the Cumans and often suffered heavy destruction, while others believed buying them off was the more reasonable course of action. The latter course often brought them into intimate contact with the most powerful kingdoms of medieval Eastern Europe before the Cumans were eventually replaced by the Mongols, with the remaining Cumans dispersing and integrating into various European and central Asian kingdoms in the 13th century. Many Cumans joined the Mongol Golden Horde and later became Muslims, while some helped found dynasties in Bulgaria, Hungary, and Romania.