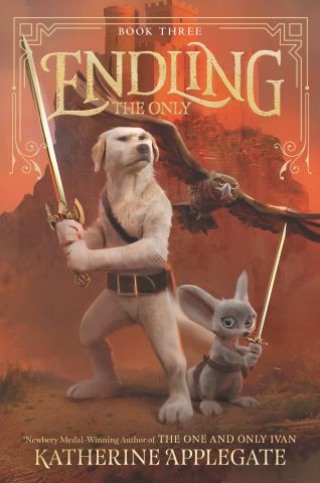 The thrilling conclusion to the epic middle grade fantasy trilogy from Katherine Applegate, the New York Times bestselling and Newbery Award-winning author of The One and Only Ivan (now a major motion picture!), The One and Only Bob, Wishtree, and Crenshaw!

In the beginning, Byx’s original quest was to discover if there were more of her kind, or if she was destined to become an endling—the last dairne alive. She did indeed find more dairnes, and along the way she also created allies among other creatures in her world, including humans, felivets, raptidons, and wobbyks.

But Byx and her new friends soon learned that it wasn’t just dairnes in jeopardy of extinction, but that everyone was at risk. With the world in unprecedented danger, Byx must rally creatures of all kinds to lead a revolution.

Katherine Applegate’s Endling series has so far earned a collective five starred reviews, and each of the prior books has debuted on the New York Times bestseller list. She once again delivers an action-packed middle grade fantasy with a unique setting, enthralling characters, and gripping adventure that is perfect for fans of Rick Riordan, Brian Jacques, and Tui T. Sutherland.

Katherine Applegate is the Newbery Medal-winning and #1 New York Times bestselling author of numerous books for young readers, including The One and Only Ivan, The One and Only Bob, Crenshaw, Wishtree, the Roscoe Riley Rules chapter books series, and the Animorphs series. She lives with her husband, who writes as the author Michael Grant, and their children in California.