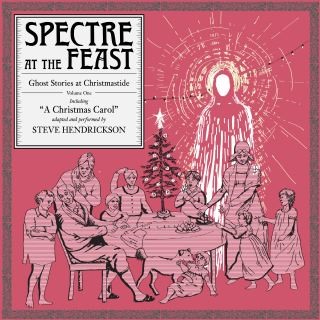 Spectre at the Feast: Ghost Stories at Christmastide

“Whenever five or six English-speaking people meet round a fire on Christmas Eve, they start telling each other ghost stories.” —Jerome K. Jerome

With the unforgettable opening words “Marley was dead, to begin with…” Charles Dickens kindled not just the modern celebration of the Yuletide but also rekindled the tradition of gathering ‘round the fire on Christmas Eve to tell ghost stories. Here are a few of my favorites—some light, some somber, some extra-scary, beginning with a solo adaptation of A Christmas Carol. At age eleven I was introduced to Ebeneezer Scrooge and theatre-going in one magical night, when a production of the Dickens classic at the Children’s Theatre Company in Minneapolis positively floored me. I’ve never spent another Christmastide without reading, watching, and/or appearing in this marvelous story. I hope you enjoy listening as much as I had reading these wondrous tales!

Steve Hendrickson has been a professional actor for over thirty years. A graduate of Yale School of Drama, he has appeared in theaters across the country. His audio projects include the Sherlock Holmes Minnesota Mysteries series by Larry Millett.