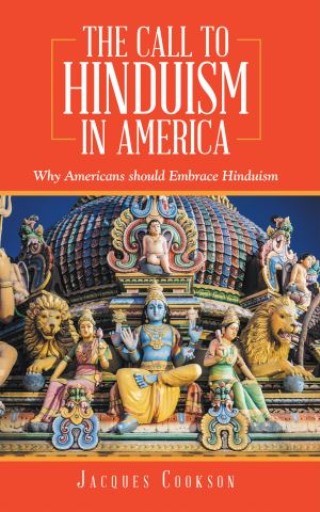 The Call to Hinduism in America

Why Americans Should Embrace Hinduism

I wrote this book for the reason listed in the title, to call and welcome my fellow americans to Hinduism. I feel like the message of Hinduism is one that is sorely needed in these times. In this book I’m not going to try to explain everything about Hinduism, there are a million very fine books that already do that and they’re written by scholars much more qualified than me to do that. What I’m aiming to do is to introduce you to Hindu dharma and present the case as to why you should look into it and seriously consider embracing it. I feel like a lot of people out there are genuinely interested in Hinduism but don’t know what to do about it. Or maybe they’re practicing some kind of Hindu..ish spirituality at home in private but are nervous or shy for some reason about going to the temple or taking their Hinduishness to the next level. If you feel like I’m talking about you right now, I wrote this book for you. Maybe you’re pagan/heathen and you’re interested in Hinduism too because of Paganism’s ancient connection to Hinduism. This book is for you too. I try to answer basic questions people have about Hinduism and address misconceptions people might have. I also give advice on spiritual practice. I’m not an english major, I write in the common tongue, like I speak so I feel like this book is probably going to be really easy to understand and it’s going to be a lot like having a deep spiritual conversation with your uncle or good friend. If you’re a fellow seeker on the spiritual path, this book is for you. Namaste and enjoy.

Jacques Cookson: Jacques Cookson is a native son of Quincy, Illinois but currently lives and works in Eastern Iowa with his wife and youngest daughter. He is a graduate of Western Illinois University in Macomb and holds a bachelors in biology. He is also an avid student of history with particular interest in ancient and medieval Europe and the Near East. Mr. Cookson, is an unapologetic Hindu and strong advocate for spreading Hindu dharma. He believes Hinduism is facing a crisis similar to that faced by European Paganism at the end of the classical age. The Abrahamic faiths are investing a lot of energy into converting Hindus to Christianity and Islam particularly in India and Hindus must fight fire with fire and actively spread their religion as well to the four corners of the globe. At the same time he believes America is going through a spiritual rebirth and awakening and could benefit greatly from Hinduism.