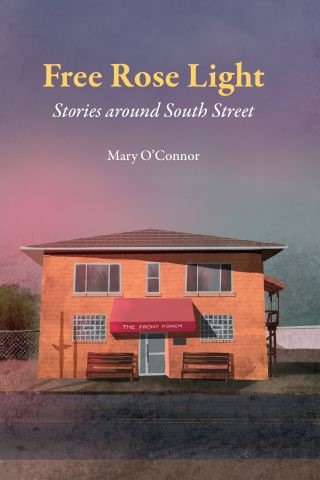 Free Rose Light is the wide-ranging story of the people and community of South Street Ministries, in Akron, Ohio, told in the style of the ministry—improvisational, risky, and present. As much as this is the story of South Street through O'Connor's experience of the organization, it is also an invitation to the reader by example. There is no set of conclusions or directions provided in this work, save for one: don't let anyone define your story. You claim your own story.

Mary O'Connor: Mary O’Connor is an architect who specialized in public assembly spaces in her twenty-five-year practice in New York City. Prior to becoming an architect, she was an aquatic comedian and hostess at Manhattan Plaza Health Club. Her career came to an abrupt conclusion after a near drowning incident during an act that featured diving off the board in a full evening gown. She moves through the world via seven bicycles in four cities. O’Connor is a graduate of McGill University in Montreal, Quebec, and received a Bachelor of Architecture from Pratt Institute in Brooklyn, NY. She was a Peace Corps volunteer in North Macedonia. Free Rose Light was pummeled and shaped into existence through the Northeast Ohio Master of Fine Arts program at The University of Akron.