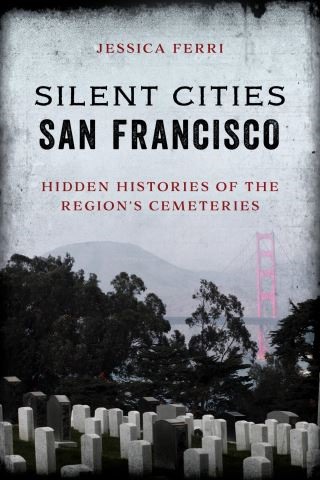 Hidden Histories of the Region's Cemeteries

In 1914, desperate for land after the Gold Rush brought a population explosion to San Francisco, the city exiled its cemeteries, barring burials within city limits and relocating its existing graveyards to the tiny town of Colma, just south of Daly City, spawning America's only necropolis, where the dead outnumber the living 1000 to 1. But there's more to the story of the Bay Area's cemeteries than this expulsion. Silent Cities San Francisco reveals the complex cultural makeup of the Bay Area, where diversity and history collide, pitting the dead against the living in a race for space and memorialization.

Jessica Ferri is the author of Silent Cities New York. Her work has been published by the Los Angeles Times, NPR, The Economist, The Daily Beast, and more. She lives in Northern California.