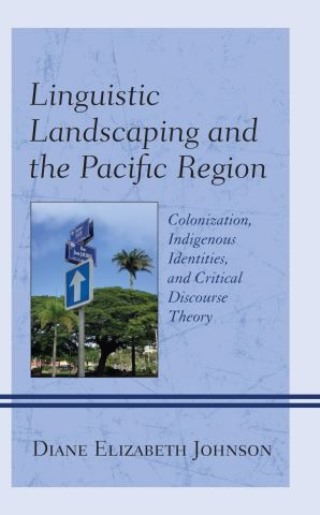 Linguistic Landscaping and the Pacific Region

In Linguistic Landscaping and the Pacific Region: Colonization, Indigenous Identities, and Critical Discourse Theory, Diane Elizabeth Johnson provides four case studies, each exploring the use of language in public spaces in an area of the Pacific in which colonization has played a major role: The Kingdom of Hawai‘i/Hawai‘i, Aotearoa/New Zealand, Kanaky/New Caledonia, and Tahiti. Each of these studies is informed by critical discourse theory, highlighting the ways in which hegemonic structures may be established, reinforced, and— particularly in times of crisis—contested and overturned. The book introduces the case studies in the context of a parallel introduction to the Pacific region, critical discourse theory, and research on linguistic landscapes. The critical discussion is accessible to students and others who are approaching these contexts and theories for the first time, while also locating the author’s work in relation to existing scholarship. Johnson urges readers to listen carefully to the voices of indigenous peoples at a time when the danger of Western certainties has been fully exposed.

Diane Elizabeth Johnson was lecturer at The University of Waikato.