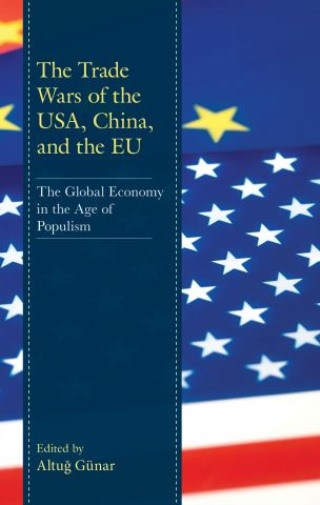 The Trade Wars of the USA, China, and the EU

The Global Economy in the Age of Populism

The book makes an effort in investigating the present and future developments in the global economy, after the 2008 global financial and economic crisis. The results of the global crisis were devastating and destructive all around the world. The USA economy took significant damage when the crisis went into Europe, and it turned out a foreign debt crisis influencing European economies, including Iceland, Ireland, Greece, Spain, Italy. Consequently, the economic crises gave impetus to social uprisings and protest, and this led to giving populist and nationalist politicians the advantage to take the control of government. President Trump's “First USA Policy,” then, European populist and anti-EU politicians including, Le Pen, Wilders, Salvini, and Nigel Farage attack the post-war global economic order and structures like the European Union to vanish the full benefits and wealth of globalization process. After the crisis, the global economy evolved into protectionism, depending on the coming to power of populist leaders. President Trump entered into a great trade war with the European Union and China, later on. In this frame, the study examines the effects of populism/protectionism, which has upsurged after the 2008 crisis, on the global economy in various dimensions.