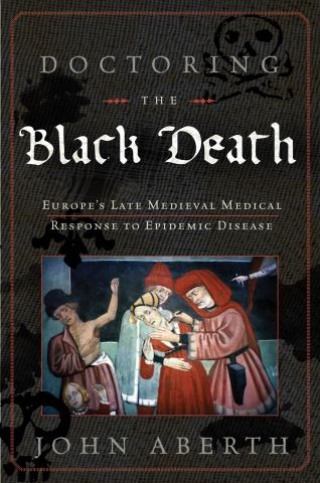 The Black Death of the late Middle Ages is often described as the greatest natural disaster in the history of humankind. More than fifty million people, half of Europe’s population, died during the first outbreak alone from 1347 to 1353. Plague then returned fifteen more times through to the end of the medieval period in 1500, posing the greatest challenge to physicians ever recorded in the history of the medical profession.

This engrossing book provides the only comprehensive history of the medical response to the Black Death over time. Leading historian John Aberth has translated many unknown plague treatises from nine different languages that vividly illustrate the human dimensions of the horrific scourge. He includes doctors’ remarkable personal anecdotes, showing how their battles to combat the disease (which often afflicted them personally) and the scale and scope of the plague led many to question ancient authorities. Dispelling many myths and misconceptions about medicine during the Middle Ages, Aberth shows that plague doctors formulated a unique and far-reaching response as they began to treat plague as a poison, a conception that had far-reaching implications, both in terms of medical treatment and social and cultural responses to the disease in society as a whole.

John Aberth holds a PhD in medieval history from the University of Cambridge and is the author of numerous books on disease and the Middle Ages, including Plagues in World History. He lives in Roxbury, Vermont.