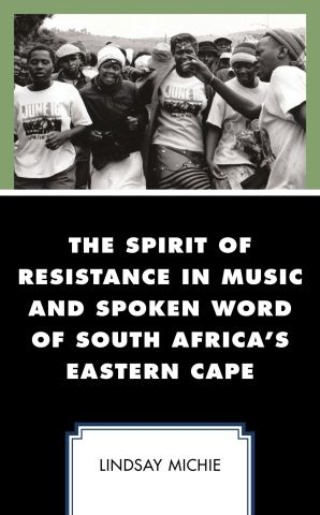 From an array of prominent activists including Nelson Mandela and Steve Biko to renowned performers and oral poets such as Johnny Dyani and Samuel Mqhayi, the Eastern Cape region plays a unique role in the history of South African protest politics and creativity. The Spirit of Resistance in Music and Spoken Word of South Africa's Eastern Cape concentrates on the Eastern Cape's contribution to the larger narrative of the connection between creativity, mass movements, and the forging of a modern African identity and focuses largely on the amaXhosa population. Lindsay Michie explores Eastern Cape performance artists, activists, organizations, and movements that used inventive and historical means to raise awareness of their plight and brought pressure to bear on the authorities and systems that caused it, all the while exhibiting the depth, originality, and inspiration of their culture.

Lindsay Michie is associate professor of history and co-chair of the Africana Studies Department at the University of Lynchburg.