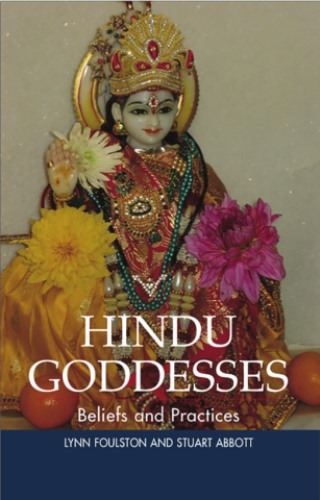 This book explores the diversity of Hindu goddesses and the variety of ways in which they are worshiped. Although they undoubtedly have ancient origins, Hindu goddesses and their worship is still very much a part of the fabric of religious engagement in India today. With no prior knowledge necessary, the book is an introduction to a complex and often baffling field of study. Part I - Beliefs - provides a series of encounters with a range of Hindu goddesses starting with the idea of 'Goddess' as a philosophical concept. Topics include textual evidence for belief structures, goddess mythology, and the importance of 'the Goddess' in Tantrism. Part II - Practices - leads the reader through the tangled web of goddess worship, pausing along the way to examine the contrast between temple worship and local worship, the splendor of festivals, and the importance of pilgrimage to those places in India where goddesses are considered to reside. The Conclusion provides details of contemporary developments in goddess worship, such as the appearance of new deities who supply the needs of worshippers in the 21st century.

Jeaneane Fowler: Lynn Foulston is Programme Leader of Religious Studies and Philosophy at the University of Wales, Newport. Her research interests include Jainism, Hindu goddesses and Indian cinema. Her first book, At the Feet of the Goddess: The divine feminine in local Hinduism, was based on fieldwork in Orissa and Tamilnadu. Stuart Abbott is a Visiting Lecturer at University of Wales, Newport and an Associate Lecturer at Cardiff University. His research interests include Tantrism and Kashmiri Saivism.