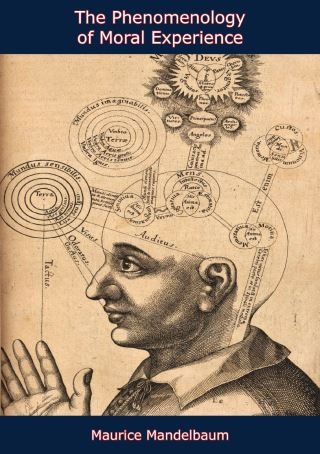 The Phenomenology of Moral Experience

During the past few decades most philosophers have approached ethical theory through logical and epistemological analyses. Others have attempted to derive ethical theory from interpretations of psychological or sociological facts. Professor Mandelbaum shows the necessity for grounding any ethical theory upon the phenomenological analysis of moral experience. In analyzing the structure of that experience and the types of judgment to which it gives rise, Professor Mandelbaum takes as his point of departure the claims of three different traditions: British moral philosophy from the eighteenth century through the first third of the present century; the phenomenological movement in Germany; and the naturalistic, psychologically oriented theories of value which on the whole were characteristic of American philosophy in the first half of this century.

In six essays the author probes the most significant features of various types of moral experience and describes those features that all possess in common. His conclusions tend to support those who have attacked the utilitarian tradition.

“This is an important and valuable book; neither startlingly revolutionary nor disturbingly profound, its merits are of a more modest kind. Professor Mandelbaum discusses some well-worn themes, but he has an eye for the essential and he illuminates some important areas in moral philosophy that have recently been left obscure.”—Philosophy