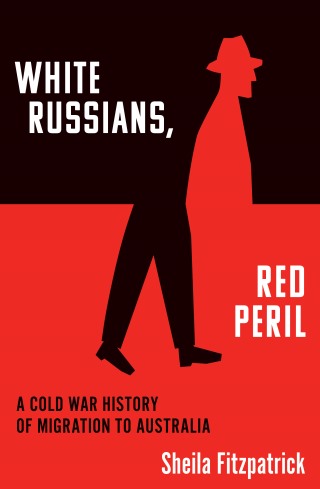 A Cold War History of Migration to Australia

Over 20,000 ethnic Russians migrated to Australia after World War II – yet we know very little about their experiences. Some came via China, others from refugee camps in Europe.

Many preferred to keep a low profile in Australia, and some attempted to ‘pass’ as Polish, West Ukrainian or Yugoslavian. They had good reason to do so: to the Soviet Union, Australia’s resettling of Russians amounted to the theft of its citizens, and undercover agents were deployed to persuade them to repatriate. Australia regarded the newcomers with wary suspicion, even as it sought to build its population by opening its door to more immigrants.

Making extensive use of newly discovered Russian-language archives and drawing on a lifetime’s study of Soviet history and politics, award-winning author Sheila Fitzpatrick examines the early years of a diverse and disunited Russian-Australian community and how Australian and Soviet intelligence agencies attempted to track and influence them. While anti-Communist ‘White’ Russians dreamed a war of liberation would overthrow the Soviet regime, a dissident minority admired its achievements and thought of returning home.

Sheila Fitzpatrick: Sheila Fitzpatrick is the multi-award-winning author of My Father’s Daughter, Mischka’s War, On Stalin’s Team and The Russian Revolution, among other titles. She is a regular contributor to the London Review of Books.