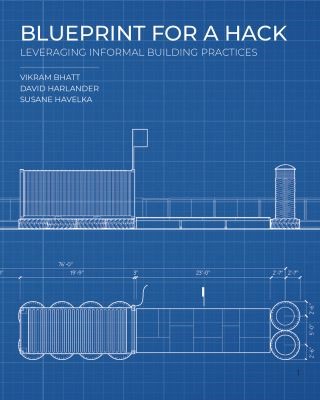 Blueprint for a Hack

Over five days, some 60 residents of a northern village teamed with designers from southern Quebec to conceive and build an outdoor community pavilion that activates a central recreational area.

“Blueprint for a Hack” aims to reimagine community spaces. Faced with extreme housing shortages, physical isolation, and a challenging climate, outdoor public spaces in northern communities remain largely undesigned and underused. These ‘in-between’ spaces are strewn with stuff. Most housing and civic buildings in the communities emerge from and stand like physical markers of Euro-Canadian values. The Royal Architectural Institute of Canada has begun a discourse on design in northern Canadian communities, but discussions continue to dwell on housing and civic buildings. A strong need exists to open conversations about design and the public realm in northern villages, which this project tries to address, creating a unique experience in which northern and southern groups could apply a “hacking mindset” to reimagine community spaces.

With Contributions of: The foreword is by Mirko Zardini who was the Director and a member of the Board of Trustees of the Canadian Centre for Architecture (CCA) in Montreal, Quebec, Canada. He is an architect who teaches, curates exhibitions, and writes about contemporary architecture and urban issues.

Susane Havelka: Susane Havelka is a researcher, architect, and educator who specializes in sustainable housing and community building and planning. She studied science, art and design at MIT and architecture at Columbia University. After completing her Master’s degree, Susane continued to practice architecture in New York and Europe before undertaking a doctorate in Architecture at McGill University. During this time, she designed and tested a self-build prototype inspired by her friends in Nunavut and the Monolithic Domes Institute as a potential building system for extreme climates and remote northern communities. Susane also co-curated a design charrette at the Canadian Centre for Architecture (CCA) and the Kuujjuaq Hackathon with Prof. Vikram Bhatt, which won the RAIC 2018 National Urban Design Award. She is also a contributor to the Minimum Cost Housing Group (MCHG) projects and while working with a community on developing the groundwork to an experimental cluster of dome houses as the first working prototype of the Monolithic Dome in an Arctic region is currently doing research on housing and well-being and working as a postdoctoral research fellow at Memorial University in Geography on Indigenous housing and homelessness. Her focus is on alternate housing delivery strategies for remote northern communities that can enable people to design and self-build their own houses by using simple building systems and the internet to share design and ideas.|||Vikram Bhatt, FRAIC, recently inducted into the Royal Society of Canada (RSC), is a Professor of Architecture at McGill University where he teaches courses in urban design and housing. Born and raised in India, Bhatt graduated from the prestigious Ahmedabad School of Architecture, Centre for Environmental Planning and Technology (CEPT) in 1973. During and after completing his professional studies he worked for the renowned architect Balkrishna Doshi. Bhatt obtained his Masters of Architecture from McGill University in 1975. Following his graduation, he joined the Minimum Cost Housing Group research team (then under the direction of Professor Witold Rybczynski). After briefly working for the International Development Research Centre he rejoined the School of Architecture at McGill, where since 1988, he has also led the Minimum Cost Housing Group activities focusing attention on affordable housing. His research focusses on the field of settlements planning, urban design, housing and urban agriculture. It specifically addresses questions related to where and how people live interactively via the creative engagement of designers in the process. Currently, he is working on the question of food security and urban sustainability both in North America and abroad.|||David Harlander holds a professional Master's of Architecture from the University of British Columbia and a post-professional Master's of Urban Design and Housing from McGill University. His research explores housing and community development in Northern Canada and has seen him contribute to projects based in the Yukon, Northwest Territories and Nunavik. His work has received various accolades including, the Cornelia & Peter Oberlander Prize in Urban Design, the Louis B. Magil Fellowship in Housing and an HLNQ research grant, among others. He played a leading role in the Kuujjuaq Hackathon, which was awarded a 2018 National Urban Design Award by the Royal Architectural Institute of Canada. Since 2017, David has been working at McGill University as a Research Assistant at the Minimum Cost Housing Group and at the Trottier Institute for Sustainability in Engineering and Design, where he has contributed to various educational initiatives that work to advance sustainable thinking throughout the Faculty of Engineering at McGill. David has worked in architectural offices in Vancouver and Beijing and has experience working on a range of single and multi-family residential projects. He is currently an intern Architect at RFA Inc. ( Ruccolo + Faubert Architectes Inc.)