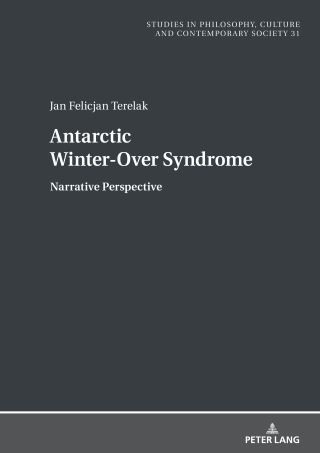 The book is a journal that presents narrations and factual accounts of events covering 144 days the author spent during the Third Scientific Expedition of the Polish Academy of Sciences to the Arctowski Station on King George Island (South Shetland Islands). The observations comprise events and behaviors in daily life situations of a team of Polish polar explorers. A valuable source of knowledge for empirical psychology on the behavior of people in extreme conditions, the book describes symptoms that form the winter-over syndrome. The “winter-over syndrome” may be predicted by analogous effects of space isolation, especially in long-term space missions, like an expedition to Mars. Hence, this book is an important scientific and civilizational event in the era of space exploration.

Jan Felicjan Terelak is Associate Professor at the Cardinal Stefan Wyszyński University in Warsaw, Head of the Chair of Stress and Labor Psychology, and Director of the Transportation Laboratory. His scientific activity focuses on problems of extreme stress psychology and aerospace and space psychology. For several decades, he was involved in the psychological selection of pilots flying on jet aircraft and candidates for Polish astronauts. As one of four psychologists in the 20th c., he conducted observations in Antarctica on a group of 20 polar explorers for 14 months about their adaptation to excruciating social isolation from the perspective of future astronautical flights. He conducted unique research on redistributing work and leisure time on space stations and biorhythm disorder.