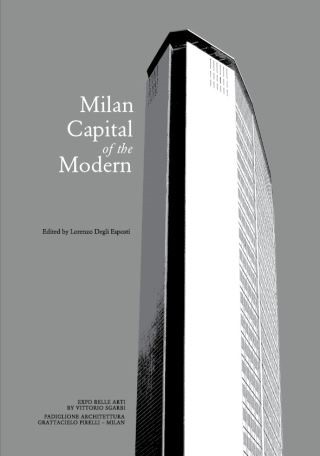 MCM – Milan, Capital of the Modern

MCM - Milano Capital of the Modern, edited by Lorenzo Degli Esposti, is made up of texts and images from over 300 contributors from Europe and the US, across three generations, involved in the activities of the Padiglione Architettura in EXPO Belle Arti of Vittorio Sgarbi, a programme by the Regione Lombardia hosted in the Grattacielo Pirelli during the EXPO 2015. They investigate the relationships between modern architecture, the city of Milan (Razionalismo, reconstruction, Tendenza, Radical Design, up to current research) and the city in general, between single and specific works and the large scale of the urban territory, in the contradictions between architecture autonomy and its dependence on specific place and historical time.
The idea of MCM is that each capital of the Modern brings an original version of modernity in architecture: in the specific Milanese case, this kind of Modern is characterized by the simultaneous presence of abstract, systematic and syntactic features and an ontological conception of both buildings and architectural and urban voids.