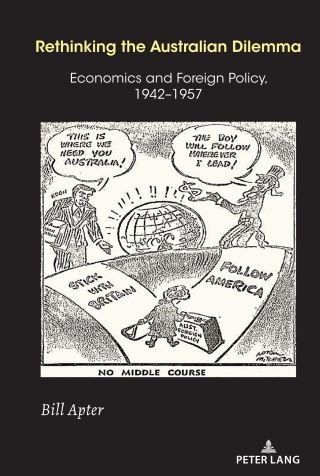 This book explains how and why, Australian governments shifted from their historical relationship with Britain to the beginning of a primary reliance on the United States between 1942 and 1957. It shows that, while the Curtin and Chifley ALP governments sought to maintain and strengthen Australia’s links with Britain, the Menzies administration took decisive steps towards this realignment.

There is broad acceptance that the end of British Australia only occurred in the 1960s and that the initiative for change came from Britain rather than Australia. This book rejects this consensus, which fundamentally rests on the idea of Australia remaining part of a British World until the UK attempts to join the European Community in the 1960s. Instead, it demonstrates that critical steps ending British Australia occurred in the 1950s and were initiated by Australia. These Australian actions were especially pronounced in the economic sphere, which has been largely overlooked in the current consensus. Australia’s understanding of its national self-interest outweighed its sense of Britishness.

Bill Apter is an independent historian with a PhD from the University of NSW. He was born in England but has lived in Australia for half his life. Prior to completing his PhD, he qualified as a chartered accountant and worked in investment banking and the education sector.