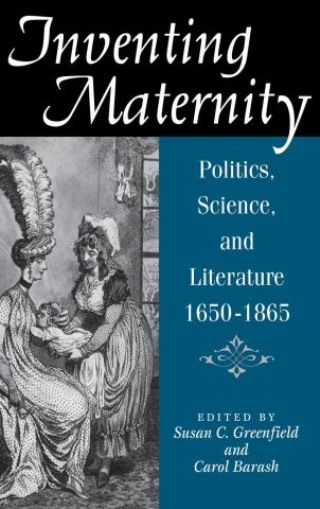 Not until the eighteenth century was the image of the tender, full-time mother invented. This image retains its power today. Inventing Maternity demonstrates that, despite its association with an increasingly standardized set of values, motherhood remained contested terrain. Drawing on feminist, cultural, and postcolonial theory, Inventing Maternity surveys a wide range of sources—medical texts, political tracts, religious doctrine, poems, novels, slave narratives, conduct books, and cookbooks. The first half of the volume, covering the mid-seventeenth to the late eighteenth centuries, considers central debates about fetal development, pregnancy, breastfeeding, and childbearing. The second half, covering the late eighteenth to the mid-nineteenth centuries, charts a historical shift to the regulation of reproduction as maternity is increasingly associated with infanticide, population control, poverty, and colonial, national, and racial instability. In her introduction, Greenfield provides a historical overview of early modern interpretations of maternity. She concludes with a consideration of their impact on current debates about reproductive rights and technologies, child custody, and the cycles of poverty.