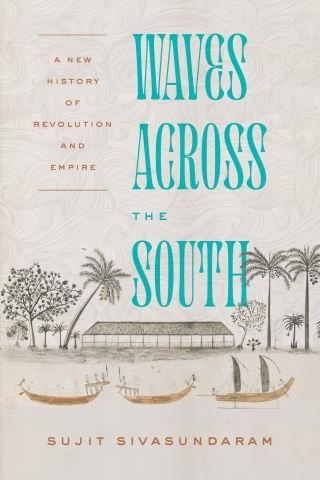 Waves Across the South

A New History of Revolution and Empire

This is a story of tides and coastlines, winds and waves, islands and beaches. It is also a retelling of indigenous creativity, agency, and resistance in the face of unprecedented globalization and violence. Waves Across the South shifts the narrative of the Age of Revolutions and the origins of the British Empire; it foregrounds a vast southern zone that ranges from the Arabian Sea and southwest Indian Ocean across to the Bay of Bengal, and onward to the South Pacific and the Tasman Sea. As the empires of the Dutch, French, and especially the British reached across these regions, they faced a surge of revolutionary sentiment. Long-standing venerable Eurasian empires, established patterns of trade and commerce, and indigenous practice also served as a context for this transformative era. In addition to bringing long-ignored people and events to the fore, Sujit Sivasundaram opens the door to new and necessary conversations about environmental history, the consequences of historical violence, the legacies of empire, the extraction of resources, and the indigenous futures that Western imperialism cut short. The result is nothing less than a bold new way of understanding our global past, one that also helps us think afresh about our shared future.