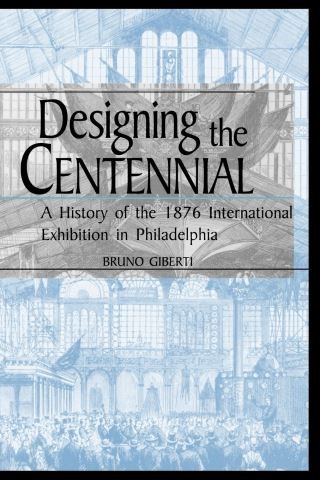 A History of the 1876 International Exhibition in Philadelphia

The 1876 United States Centennial Exhibition in Philadelphia was not only the United States' first important world's fair, it signaled significant changes in the very shape of knowledge. Quarrels between participants in the exhibition represented a greater conflict as the world transitioned between two different kinds of modernity—the Enlightenment of the seventeenth and eighteenth centuries to the High Modern period of the nineteenth and twentieth centuries.

At the center of this movement was a shift in the perceived relationship between seeing and knowing and in the perception of what makes an object valuable—its usefulness as a subject of study and learning versus its ability to be bought and sold on the market. Arguments over design of the Centennial reflected these opposing viewpoints. Initial plans were rigidly structured, dividing the exhibits by country and type. But as some exhibitors became more interested in the preferences of their audience, they adopted a more modern stance. Objects traditionally displayed in isolated glass boxes were placed in fictive context—the necklace draped over a mannequin, the vase set on a table in a model room. As a result, the audience could more easily perceive these items as commodities suitable for their own environments and the fair as a place to find ideas for a material lifestyle.

Designing the Centennial is a vital first look at the design process and the nature of the display. Bruno Giberti uses official reports of the U.S. Centennial Commission and photographs of the Centennial Photographic Company, as well as the ephemera of the exhibition and literary accounts in books, magazines, and newspapers to illuminate how the 1876 fair revealed changes to come: in future world's fairs, museums, department stores, and in the nature of display itself.