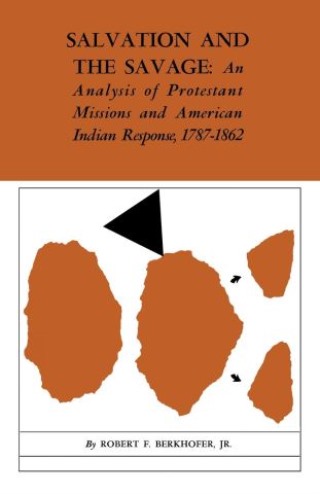 Salvation and the Savage

An Analysis of Protestant Missions and American Indian Response, 1787–1862

The great, pre-Civil War attempt of Protestant missionaries to Christianize Native Americans is found by Robert F. Berkofer, Jr. to be a significant point of contact with enduring lessons for American thought. The irony displayed by this relationship, he says, did not really lie in the disparity between Anglo-Saxon ideals and the actual treatment of first peoples but in the failure of all, including the missions, to see that both sides had ultimately behaved according to their cultural values.

Using the records of missions to sixteen tribes in various regions of the United States, Berkofer has carefully followed the hopeful efforts of sixty-five years. The ultimate outcome, when the Civil War brought most of the missions to an end, was only a nominal conversion of Native Americans, despite the unflagging optimism of missionaries struggling against cultural barriers.