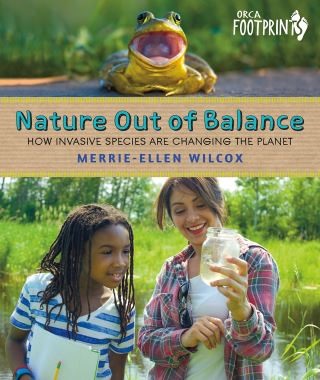 Nature Out of Balance

How Invasive Species Are Changing the Planet

Plants, animals, insects and fish are moving in. Invasive species threaten local ecosystems and the planet’s biodiversity, but are they all as bad as we think they are? In Nature Out of Balance:How Invasive Species Are Changing the Planet author Merrie-Ellen Wilcox profiles all-star invasive species around the world, starting in her own neighbourhood, and warns that humans are the most invasive species of all. We find out how and why species become invasive, what we can do to stop their spread and whether it’s time to think differently about invasive species that are here to stay.

Merrie-Ellen Wilcox is a writer and editor in Victoria, British Columbia. She is the author of What's the Buzz? Keeping Bees in Flight, which is part of the Orca Footprints series and After Life: Ways We Think About Death, which was short-listed for both the TD Canadian Children's Literature Award and the Norma Fleck Award. When several huge Garry oak trees were cut down at the end of her street to make way for a parking lot, she became a passionate defender of the trees and the ecosystem they are parts of. She studied ecological restoration at the University of Victoria and continues to naturescape her garden.