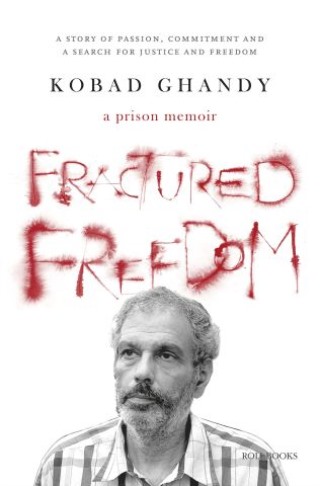 Fractured Freedom: A Prison Memoir - A Story of Passion, Commitment and a Search for Justice and Freedom

KOBAD GHANDY studied at St. Mary’s School, Mumbai and at the Doon School, Dehra Dun from where he graduated in 1963. After obtaining a bachelor’s degree in Chemistry from Mumbai in 1968 he went to London to qualify as a chartered accountant. However, the racism he experienced in the UK led him to get involved in left activism (mostly communist/Maoist groups) to assert the self-respect of Indians within British society. During a particular protest, he was arrested and beaten by police amidst racist abuse. The subsequent sentence and three months in jail in London changed the course of his life. He abandoned his plans of becoming a chartered accountant and returned to India in 1972 to dedicate his life to working with the downtrodden of the country. Soon after returning to Mumbai, Ghandy joined the Progressive Youth Movement (PROYOM) group and it was here that he first met Anuradha, his future wife. They both actively participated in Dalit, working-class and youth activities. After the Emergency was lifted in 1977, they helped form and worked in the civil liberties movement before moving to Nagpur in 1982 where they lived for almost two decades. In Nagpur, they chose to live in the Dalit basti, Indora, fighting battles at the forefront of various movements – for students, civil rights, women, workers, Dalits and adivasis. Ghandy was arrested in September 2009 and spent over a decade in various Indian prisons before being released in October 2019.