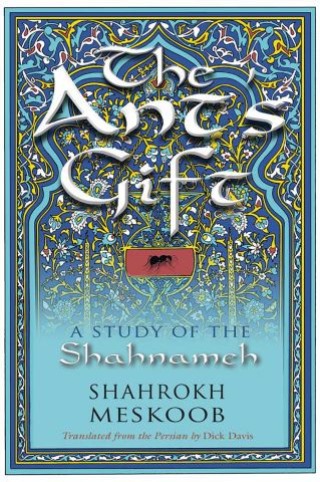 A Study of the Shahnameh

Shahrokh Meskoob was one of Iran’s leading intellectuals and a preeminent scholar of Persian literary traditions, language, and cultural identity. In The Ant’s Gift, Meskoob applies his insight and considerable analytical skills to the Shahnameh, the national epic of Iran completed in 1010 by the poet Abul-Qâsem Ferdowsi. Tracing Iran’s history from its first mythical king to the fall of the Sasanian dynasty, the Shahnameh includes myths, romance, history, and political theory. Meskoob sheds new light on this seminal work of Persian culture, identifying the story as at once a historical and poetic work. While previous criticism of the Shahnameh has focused on its linguistic importance and its role in Iranian nationalism, Meskoob draws attention to the work’s pre-Islamic cultural origins.

Shahrokh Meskoob (1924–2005) was a translator, writer, scholar, and one of the most influential public intellectuals in Iran. He published translations of Sophocles’s Antigone and Oedipus Rex, and Steinbeck’s Grapes of Wrath. He is the author of In the Alley of the Friend: On the Poetry of Hafez.

Dick Davis is a poet, author, translator, and emeritus professor of Persian at Ohio State University. He is the translator of Faces of Love: Hafez and the Poets of Shiraz.