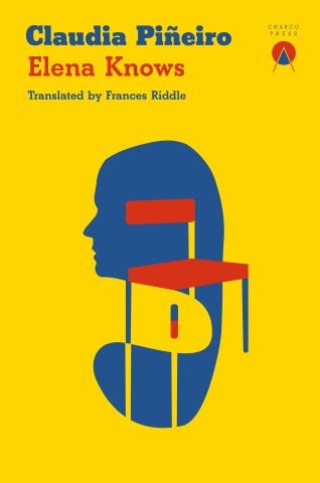 After Rita is found dead in a church she used to attend, the official investigation into the incident is quickly closed. Her sickly mother is the only person still determined to find the culprit. Chronicling a difficult journey across the suburbs of the city, an old debt and a revealing conversation, Elena Knows unravels the secrets of its characters and the hidden facets of authoritarianism and hypocrisy in our society.

Born in Buenos Aires in 1960, Claudia Piñeiro is a best-selling author, known internationally for her crime novels. She has won numerous national and international prizes, including the Pepe Carvalho Prize, the LiBeraturpreis for Elena Knows and the prestigious Sor Juana Inés de la Cruz Prize for Las grietas de Jara (A Crack in the Wall). Many of her novels have been adapted for the big screen. Claudia Piñeiro is the third most translated Argentinean author, after Jorge Luis Borges and Julio Cortázar. More recently, she has become a very active figure in the fight for the legalisation of abortion in Argentina and Latin America, and for the recognition of employment rights for writers. Her fiction is rooted in the detective novel but has recently turned increasingly political.