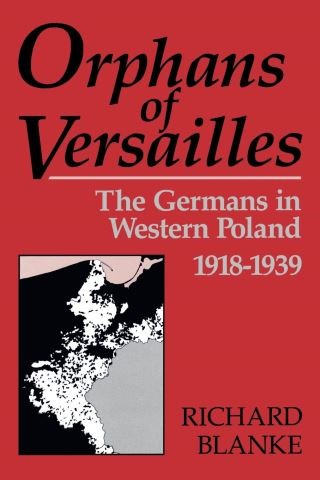 The lands Germany ceded to Poland after World War I included more than one million ethnic Germans for whom the change meant a sharp reversal of roles. The Polish government now confronted a German minority in a region where power relationships had been the other way around for more than a century.

Orphans of Versailles examines the complex psychological and political situation of Germans consigned to Poland, their treatment by the Polish government and society, their diverse strategies for survival, their place in international relations, and the impact of National Socialism.

Not a one-sided study of victimization, this book treats the contributions of both the Polish state and the German minority to the conflict that culminated in their mutual destruction. Based largely on research in European archives, it sheds new light on a key aspect of German-Polish relations, one that was long overshadowed by concern over the German revanchist threat and the hostility that subsequently dominated the German-Polish relationship. Thanks to the new political situation in central Europe, however, this topic can finally be addressed evenhandedly.