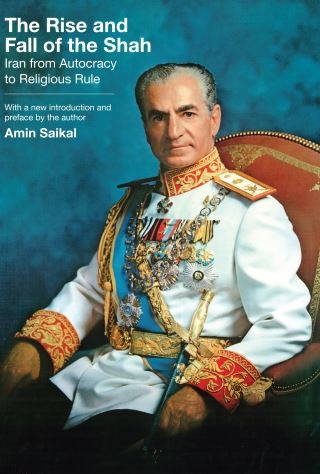 The Rise and Fall of the Shah

Iran from Autocracy to Religious Rule

On November 4, 1979, when students occupied the American Embassy in Tehran and subsequently demanded that the United States return the Shah in exchange for hostages, the deposed Iranian ruler's regime became the focus of worldwide scrutiny and controversy. But, as Amin Saikal shows, this was far from the beginning of Iran's troubles.

Saikal examines the rule of Mohammad Reza Shah Pahlavi, especially from 1953 to 1979, in the context of his regime's dependence on the United States and his dreams of transforming Iran into a world power. Saikal argues that, despite the Shah's early achievements, his goals and policies were full of inherent contradictions and weaknesses and ultimately failed to achieve their objectives. Based on government documents, published and unpublished literature, and interviews with officials in Iran, Britain, and the United States, The Rise and Fall of the Shah critically reviews the domestic and foreign policy objectives--as well as the behavior--of the Shah to explain not only what happened, but how and why.

In a new introduction, Saikal reflects on what has happened in Iran since the fall of the Shah and relates Iran's past to its political present and future.

Amin Saikal: Amin Saikal is professor of political science and director of the Centre for Arab and Islamic Studies (Middle East and Central Asia) at the Australian National University. His recent books include Islam and the West: Conflict or Cooperation? and Modern Afghanistan: A History of Struggle and Survival.