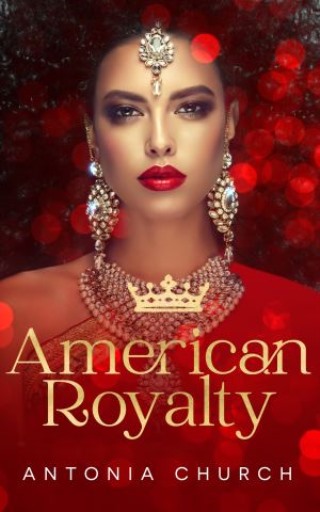 Kane Cambridge is a descendent of the secret royal family of the United States. She is the American Princess.

Kane Cambridge does not lead a fairy-tale life. She works in an office, her boyfriend just broke up with her and her future looks mundane and unexceptional. Where is the rom-com ending that she's watched in a hundred different movies?

Kane is visited by a mysterious benefactor who reveals that he is the grandfather she never knew. He arrives with a lesson in American history. The original framers of the Constitution wrote a clause that created a ceremonial position for American royalty. Kane's ancestor was a secret queen of the United States, and now Kane is the American Princess.

American Royalty is the story of an average woman who discovers her own independence and grows to accept her position as a princess. Among her potential suitors are a sexy sultan, a prominent British prince and a brave commoner who is her soldier in shining armor. Will she choose the traditional path or make her crown an American version—all rock 'n' roll and a little risqué?