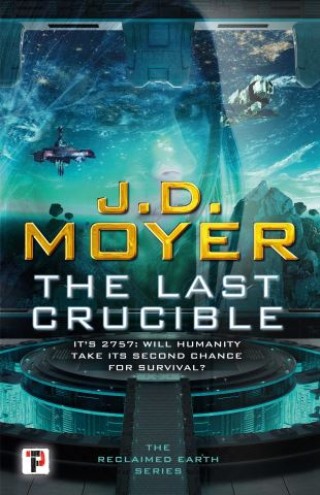 Earth is mostly depopulated in the wake of a massive supervolcano, but civilization and culture are preserved in vast orbiting ringstations, as well as in a few isolated traditional communities on Earth. Jana, a young Sardinian woman, is in line to become the next maghiarja (sorceress) by way of an ancient technology that hosts a community of minds. Maro, an ambitious worldship artist, has designs to use the townsfolk as guinea pigs in a brutally invasive psychological experiment. Jana must protect her people and lead them into the future, while deciding whom to trust amongst possible ringstation allies.

J.D. Moyer: J.D. Moyer is the author of the Reclaimed Earth science fiction series and numerous works of short fiction. He lives in Oakland, California, with his wife, daughter, and mystery-breed dog. Don Sakers described his debut novel, The Sky Woman (Book 1 in the Reclaimed Earth series), as: ‘A well-told story reminiscent of Ursula K. LeGuin or Karen Lord.’