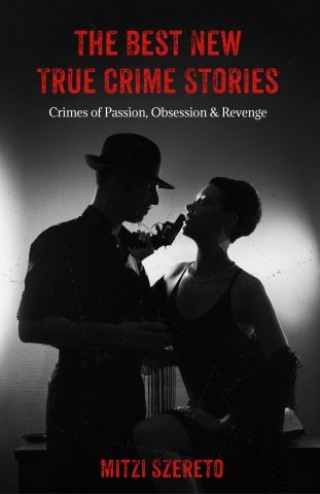 Readers of true crime, crime fiction, and non-fiction. Readers of the previous books in the series will provide a ready-made audience for this fifth installment. The title will have international appeal as well as attracting readers new to true crime. The Best New True Crime Stories: Crimes of Passion, Obsession & Revenge will build upon the achievements of the previous anthologies, providing quality content. The book will be a worthwhile and exciting addition to this true crime franchise.

Mitzi Szereto (mitziszereto.com) is an acclaimed author and anthology editor whose books encompass multiple genres including true crime and crime fiction, gothic fiction, cozy mystery, satire, parody, horror, sci-fi/fantasy, paranormal romance, erotic fiction, and general fiction and nonfiction. Her many popular titles include the anthologies in her true crime franchise The Best New True Crime Stories, and her novels Florida Gothic and Pride and Prejudice: Hidden Lusts. She has appeared at major international literature festivals and taught creative writing around the world, including several universities in the United Kingdom. She has the added distinction of editing the first anthology of erotica to include a Fellow of the Royal Society of Literature. Mitzi has produced and presented the London-based web TV channel Mitzi TV, and also plays herself in the pseudo-documentary British film Lint: The Movie. Follow her on Twitter and Instagram @MitziSzereto.