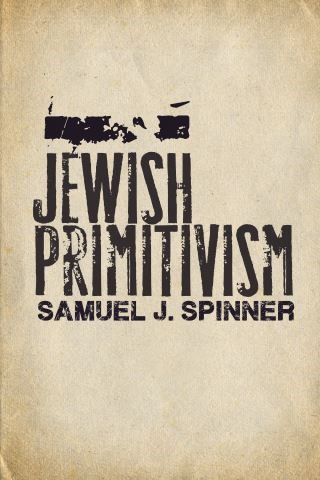 Around the beginning of the twentieth century, Jewish writers and artists across Europe began depicting fellow Jews as savages or "primitive" tribesmen. Primitivism—the European appreciation of and fascination with so-called "primitive," non-Western peoples who were also subjugated and denigrated—was a powerful artistic critique of the modern world and was adopted by Jewish writers and artists to explore the urgent questions surrounding their own identity and status in Europe as insiders and outsiders. Jewish primitivism found expression in a variety of forms in Yiddish, Hebrew, and German literature, photography, and graphic art, including in the work of figures such as Franz Kafka, Y.L. Peretz, S. An-sky, Uri Zvi Greenberg, Else Lasker-Schüler, and Moï Ver.

In Jewish Primitivism, Samuel J. Spinner argues that these and other Jewish modernists developed a distinct primitivist aesthetic that, by locating the savage present within Europe, challenged the idea of the threatening savage other from outside Europe on which much primitivism relied: in Jewish primitivism, the savage is already there. This book offers a new assessment of modern Jewish art and literature and shows how Jewish primitivism troubles the boundary between observer and observed, cultured and "primitive," colonizer and colonized.